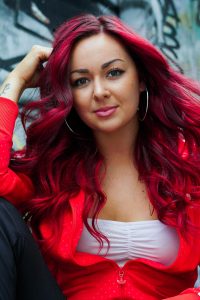 Samantha Ryan is a natural and engaging performer who takes the stage with enthusiasm and embraces all dance has to offer. This 22 year old former gymnast, turned dance entertainer, hails from Windsor, but not before stops in LA, Michigan, and NYC in an effort to discover what a career in dance might look like. Samantha Ryan completed the Broadway Dance Centre International Student Visa Professional Program in NYC before she made her decision to move to Toronto and explore opportunities as an aspiring professional and hasn’t looked back. She works and trains at Toronto’s famed Underground Dance Centre and is a Pro-Team member of Toronto’s Dark Dance Company. Samantha Ryan has gained recognition performing as not only a lead dancer with Dark Dance, but also by invitation with some of Toronto’s most revered dancers at the industry’s most celebrated events including Toronto’s Choreographers Ball and Fever after Dark. Samantha has carved her way into the dance fabric of Toronto with regular appearances at well-known venues including The Mod Club, Lula Lounge, Rebel Night Club and as a lead dancer and choreographer for performances at Al Green Theatre. Prior to coming to Toronto, Samantha was fortunate to be a member of acclaimed choreographer Melissa William’s Border City Dance Company in her home town of Windsor where she appeared at the Olde Walkerville Theatre. She returned recently to the Olde Walkerville Theatre to sojourn for her second time into musical theatre with an all Toronto cast for the debut of what became a critically acclaimed production of Raise The Stakes, an original piece by Toronto’s own Taylor Lavigne. In furtherance of her commitment to dance, Samantha Ryan has gained certification as an instructor in Acrobatic Arts and Cecchetti ballet. She continues to teach in studio, presently Acro and Hip hop, at workshops with Dance Attack and on contract for schools within the Toronto District School Board. 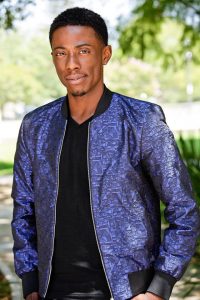 Devante Black was born and raised in Toronto, Canada. He has professionally trained in Ballet, Contemporary, Lyrical, Jazz and Hip Hop. Devonte has competed all across North America, winning numerous national titles and scholarships. Devonte has trained in LA, New York and Toronto. He has had the opportunity to work with some of the industry’s top choreographers and dancers. Some of Devonte’s most recent credits include teaching at the Star Catchers dance convention, performing at The 2015 Pan Am Games- Chevrolet Dancers, choreographing for Canadian music artist Leila Dey, Miss Universe Canada Finale, Touring with Aim Dance Company, Natalie Lyons “Best Days” Music Video, Treehouse TV, Rogers TV, TSN and CTV. His unique and creative choreography has received top overall and choreography awards. Devonte would like to inspire dancers to believe in themselves and go after their dreams, no matter what obstacles they may face. 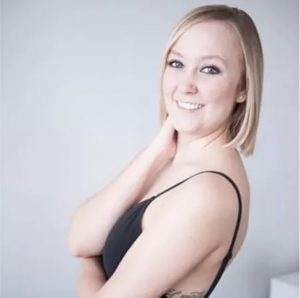 Leah Cameron began dancing at the age of four and has continued to enhance her career ever since. After focusing on classical styles of dance in prestigious training programs such as the Joffrey Ballet School and Pacific Dance Arts, she made the move to Toronto. From performing in the MMVA’s with LMFAO to guest appearing in a production of Giselle, Leah’s versatility is letting her explore multiple venues of dance. While in Toronto she has had the privilege of working with Jasmyn Fyffe Dance as an apprentice for ‘Pulse’ where she has performed at the Next Stage Theatre Festival, Dance TO Showcase, and more, BOSS Dance Company where she competed in the Choreographer’s Cup in LA, Diamond Dancers Entertainment where she was the opening performance for Elton John (Hot Pink Party – NYC), Breakaway Entertainment, Sonder Dance Collective and other freelance work such as Jully Black’s music video “Do You Love Me” choreographed by Hollywood Jade. Leah has been teaching dance for both recreational and competitive dancers for over 10 years at studios in Calgary, Vancouver and the GTA and is very excited to see what the future has in store for her!

Alex began teaching at his family owned studio at the age of fourteen. He quickly realized that he had

a passion for choreographing. Alex surrounded himself with some of the best choreographers in the scene, hoping to obtain as much knowledge

and growth as possible. In doing so he ended up assisting Tabitha and Napoleon of NappyTabs, Shane Sparks, John Crutchman, Alan Shirfield and Jamie J. Alex then began teaching master classes and workshops throughout Canada and the United States.
Alex’s theatre career started with the North American tour of Movin’ Out, choreographed by Twyla Tharp, and music by Billy Joel. He then went on to work at the Stratford Festival, performing in Carousel, The Adventures Of Pericles, A Chorus Line and As You Like It, Romeo And Juliet, Guys And Dolls. He has also performed with The Canadian Opera Company in the production of Don Quichotte. Other theatre credits include: Damn Yankees, Twist and Shout, and Dance Legends.

Film credits include: Isabelle Dances Into The Spotlight, (American Girl) Marilyn, National Geographic, Nikita, Beauty And The Beast, Remedy, The Next Step, Orphan Black, The Strain, and Suits 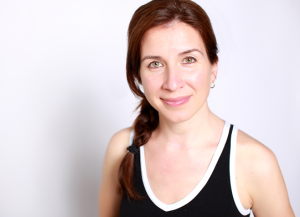 Nancy Pezzo
Nancy has mastered all dance forms, specializing in ballet training. She is a Registered Teacher, Mentor and Practical Teaching Supervisor with the Royal Academy of Dance. In addition, she holds an Honors Certificate through the Imperial Society Teachers of Dance for Modern and National. She is also a graduate of the Ryerson University Theatre Department specializing in Dance. In her varied career, she trained in acting and has appeared in commercials with CTS Television Studios. She worked on choreographic projects for Hudson Bay Company, Lancôme Paris, Toyota, Reitmans, Zellers, TD Bank Financial Group and many more. Her talent has been recognized by several respectable talent agencies and included a scholarship for the International Model and Talent Network (IMTN) held in New York City. An established and reputable Dance Adjudicator for several respectable dance competitions across North America also appeared as a Guest Judge for the World Championships of Performing Arts held in Hollywood California and judged for Dance Worlds in Orlando Walt Disney World. She is a certified member of the Professional Adjudicators Alliance and The International Academy of Dance Adjudicators. A renowned Dance Educator, Choreographer and Performer; also adds her expertise and advice with Industry Dance Magazine. Nancy also continues her connection and ongoing involvement with both the Toronto International Film Festival and the Sundance Film Festival. Nancy holds several master and workshop classes throughout North America and is one of Toronto’s most highly regarded ballet educators. As an instructor, Nancy teaches at varied dance schools throughout the Greater Toronto Area and has been the recipient of many choreography awards. Her combined career experiences have enabled her to become a well rounded professional in the dance field. She is particularly eager to share her experiences, passion and love for dance with today’s young dancers. 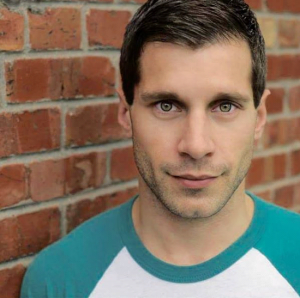